← back to
Refresh Records
Get fresh music recommendations delivered to your inbox every Friday.
We've updated our Terms of Use. You can review the changes here. 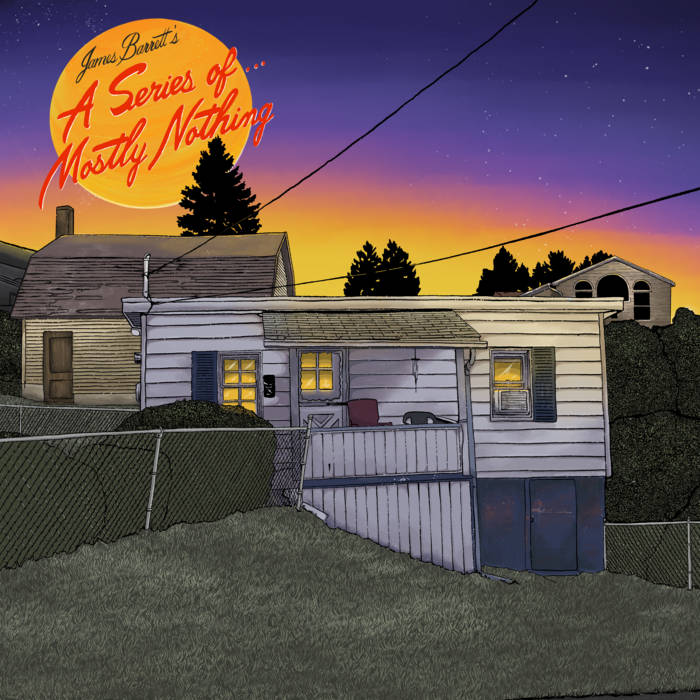 James Barrett's "before" looks a lot like yours. After releasing his debut LP The Price of Comfort, the Scranton singer-songwriter moved onto his next planning phase, stuck between eras labeled by plaintive acoustic tracks and the ringing clarity of a full-band effort. In October 2019, Barrett began writing what would become A Series Of... Mostly Nothing, a modest name for his most realized work yet. It's a love letter to the hushed splendor of The National and the spaced-out bombast of Angels & Airwaves, embellished with a theatrical identity boosted by live strings, horns, and good friend Amanda Rogan lending vocals to many moments.

As 2020 grew more unpredictable by the day, A Series Of... Mostly Nothing could've imploded. Barrett, largely a solo artist with Jake Checkoway (Sleeping Patterns, Origami Angel) as his long-time producer, brought in an ensemble cast to flesh out the experience. Studio time became unfeasible, so the album was pieced together from drum tracks recorded in Los Angeles and sessions taken from a tiny house transformed into a creative epicenter. Disjointed as it was, the final product never feels incomplete, instead seamless and layered. Barrett's stadium-rock M.O. bleeds through most of the runtime, from the ironclad hook surging through "Love Song in 2020" and the urgent catharsis propelling "The Art of Letting Go." James even gives equal time to softer reflections, citing piano-centric "Yellow Paint" and "U-Haul" as balancing out the album's rockist posture.

"In my head it feels like I am stuck in a play, revisiting the same thoughts continuously for months or years the same way Broadway players relive the same production every night for years," Barrett explains of the album's hypnotic drama. Like its stage influences, A Series Of... Mostly Nothing finds time to include a reprise while circling around themes of heartbreak, isolation, and memory. But be warned, as Barrett says, "emotionally, it's all over the place."

All songs recorded, mixed, and mastered by Jake Checkoway at The Mini House. “Oh My God” recorded at Wachusett Recording Studio in MA. Drums / percussion recorded by Billy Gerrity in Los Angeles, CA. All violin and viola recorded by James Palko in Nashua, NH. Early demo production by Jesse Morvan. Assistant Production on “The Art of Letting Go” by Jared Feldman.

Bandcamp Daily  your guide to the world of Bandcamp

Sampa The Great joins the show to discuss her release, "As Above, So Below".